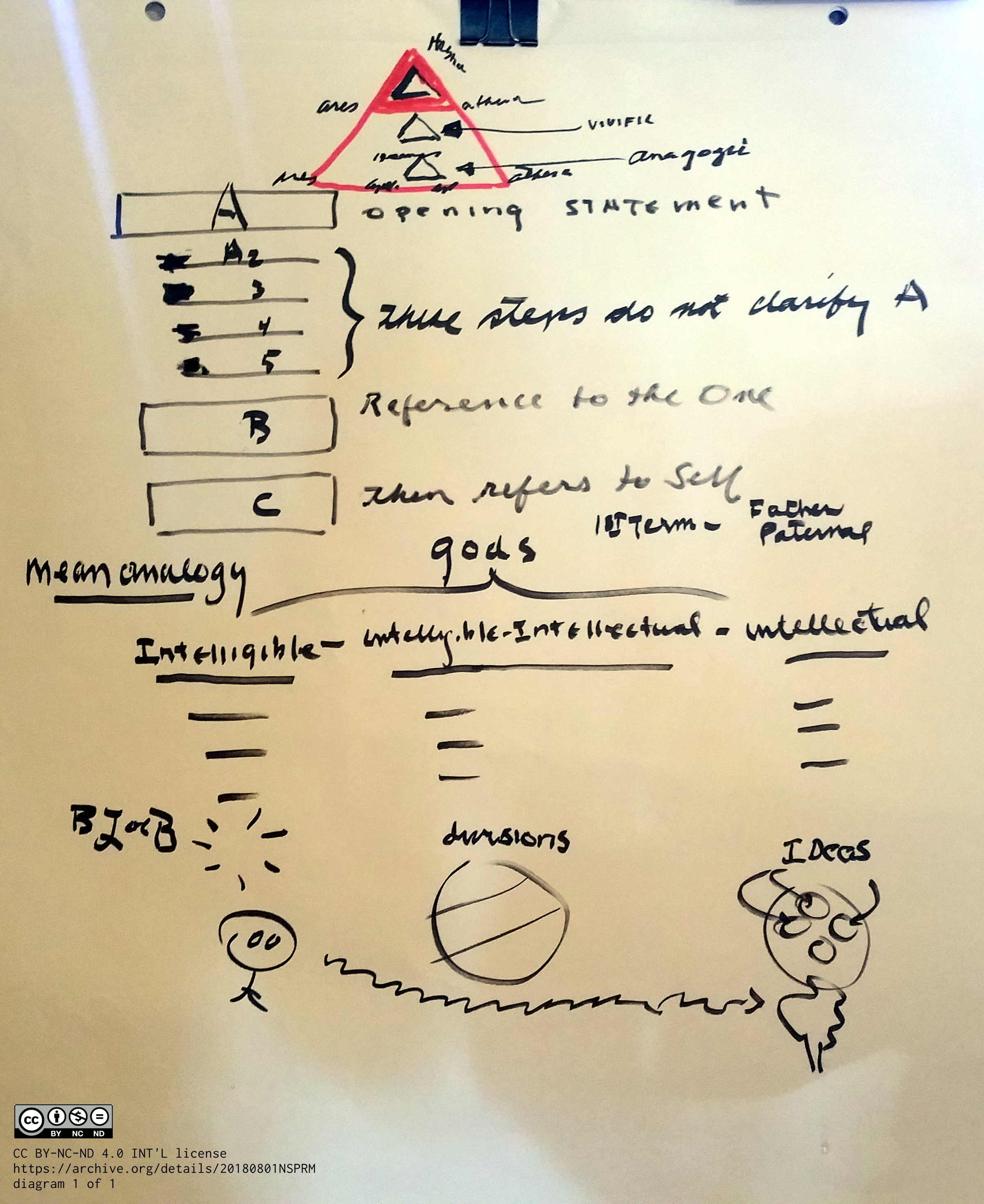 Pierre leads us through another morning of Parmenides study. This is our first day (at least in a while) of studying Proclus' Theology of Plato.

This morning we don't read any Parmenides, but instead take an initial dip in the water of Proclus' Theology of Plato. For the first part of the session Pierre leads us through a broad preview/survey/sampling in order to get an idea of how Proclus talks and what the relationships would be with the Parmenides and the other Platonic dialogues (since Proclus has a 'whole picture' view). Proclus identifies the gods that he says are portrayed in the Parmenides.

Pierre is using a hard-bound library-quality copy of Thomas Taylor's translation of The Theology of Plato that Rod Wallbank had made for him many years ago. (And we take some pictures of this, and are amazed at the amount of underlining and notes Pierre has done in it over the years. You can see these as JPEGs in the Download Options section of this page.) The rest of us use the more recent, Prometheus Trust version(*).

In the second part of the study session, we dive into one particular short chapter (with three long paragraphs) and take a closer look

At the end we decide to study the Theology of Plato by starting (next time) from Chapter 1 of Book 1.

Now Diving in and Reading Through a Single Chapter

We are going to read through The Theology of Plato sequentially from the beginning. Soread through the first 3 chapters of Book 1.

JulieH mentions a book from a female author covered on KPFK radio's "Letters and Politics" show (with Mitch Jesseritch) who has a new book on how the Christians destroyed classical civilization.